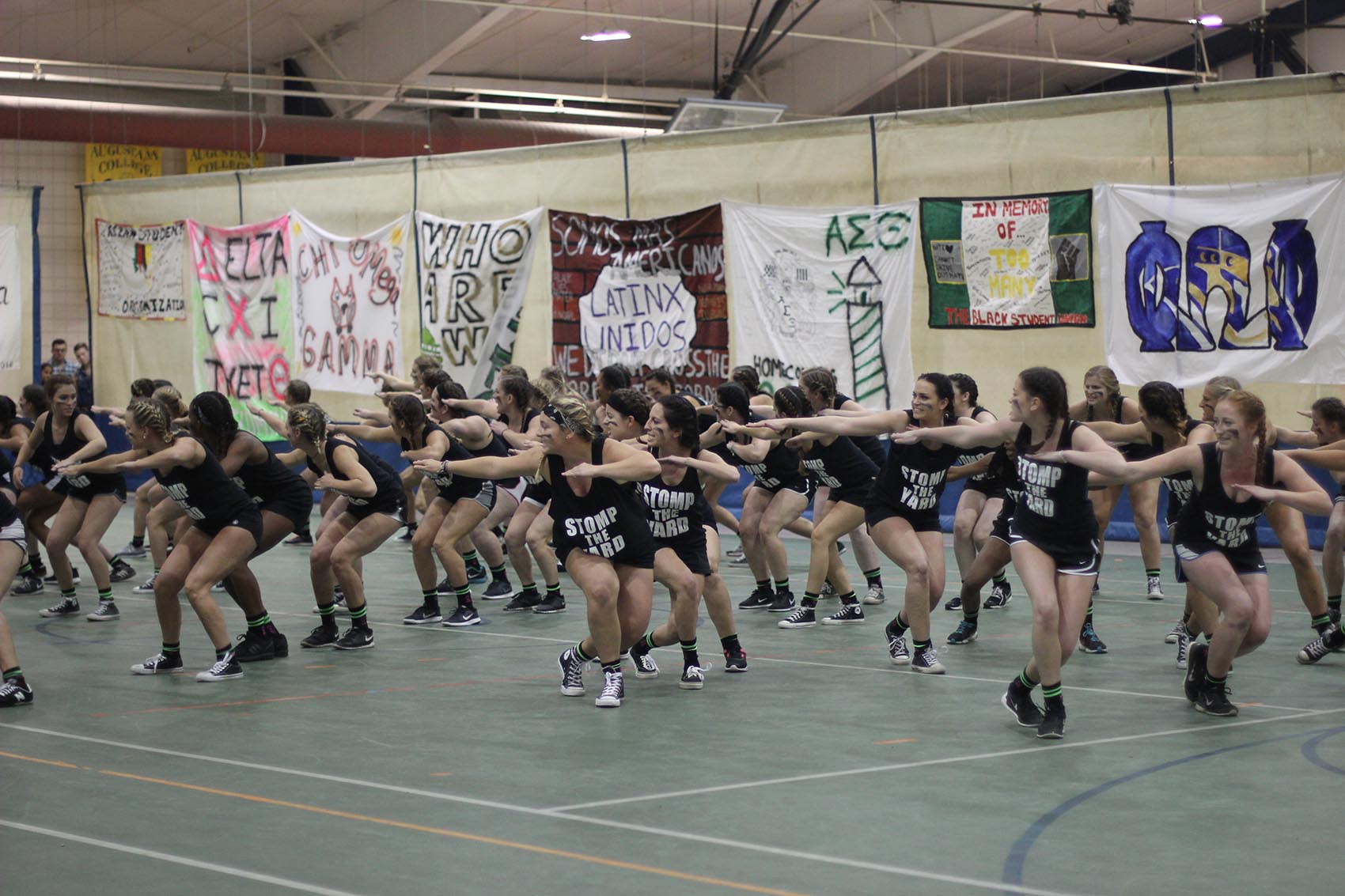 (Related: Where did Phrigs come from?)

Courtney James ’08 was assistant director for student engagement at the University of Central Oklahoma (UCO) from 2010-2015. During her second year there, they wanted to add a competitive element to their homecoming week.

“I suggested we implement a phrig competition and have student organizations paint bed sheets,” she said. “I remember using spray paint at Augie, but we hand painted at UCO. We ended up using them as the backdrop to our cheer and dance competition, which was similar to what I saw at Yell while at Augie.

“It’s been about eight years since I initially implemented the idea, and they now do phrigs for a number of different campus events.”

She remembers debating with her student chair over the spelling in the beginning. Should it be “phrig” or “frig”? “I was insistent that it should be spelled ‘phrig,’ but I didn’t initially have any great reasons for it,” she said. “We eventually agreed to spell it that way.”

James was asked if it was because she was a member of Phi Rho at Augustana, and she wanted “Ph” from Phi and the “r” from Rho. No, she had never thought of that, but why not?

“I am now the director of student involvement at DePaul University,” James added. “Phrigs may be in our future here, too!”