The film screenings and discussions take place at venues across the Quad Cities from March 5 through April 9. Additional programming will continue through April 30. Discussions will be moderated by Augustana College professors Dr. Adam Kaul and Dr. Chris Strunk.

The Century of Immigration

About 40 million immigrants from 1820 to 1924, transformed immigration into a major and defining aspect of American life.

Historic and current tension between American ideals of freedom and democracy, and the backlash and resistance to newcomers periodically expressed.

Between Two Worlds: Identity and Acculturation

New Americans bridge the traditions and values of native countries and the demands and mores of American life, and differences between first and second generations.

Economic side of immigration, chronicling the part of immigrant labor that help build America and the conflicted relationship American workers have had with immigrants.

Historical importance of family and community in immigrants’ adaption to American life.

Media and popular culture have historically taught new citizens how to be “American,” and different immigrant groups have transformed American culture and art, film to music to food.

This workshop is FREE. No registration is required. Representatives from QCAir and Esperanza Legal Assistance Center will be at the library to provide information on various immigration situations and how to become a U.S. Citizen. Attendees will be able to ask questions and get help with forms regarding their own immigration status.

This free 8 week course series meets every Wednesday until May 1st. The course is open to anyone wanting to prepare for the United States citizenship test. You must have Basic English language skills. Registration is required, as space is limited.

It was a Crime to be German

Historical actor Barbara Kay of Glen Carbon, IL, portrays her great-grandmother, Margaret May, a resident of southern Illinois who saw and felt anti-German hysteria a century ago.

Explore and celebrate fashions from around the world. Program in partnership with QCAir.

Marlene Shattuck will perform a demonstration on making Belgian lace.

Take a tour through the German American Heritage Museum. Registration is required as space is limited. Contact the Moline Public Library to register.

Presenter, Ethan Bensinger, will focus on the three motivating factors that Jews faced in Nazi Germany in the 1930’s that determined whether they should stay or leave Germany: fear, vilification, and necessity. Program in partnership with Jewish Federation of the Quad Cities.

Learn about the many ethnic groups that exist in the Quad Cities and the food and music from their culture.

Time to Ship Another Steer

Augustana's Swenson Swedish Immigration Research Center will mark the arrival of spring with a Valborg celebration, including a variety of games from around the world until dusk, when a bonfire will be lit. 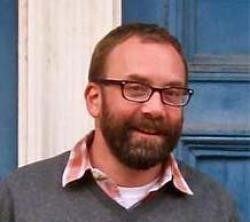 Dr. Adam Kaul is a Professor of Anthropology at Augustana College in Rock Island, Illinois, where he teaches courses on globalization and tourism, the anthropology of the arts, Native American cultures, and anthropological theory. He has written extensively on traditional music, tourism, and the economics of musical performances in Ireland. He also studies the anthropology of risk, death, and dying. He returns regularly to Ireland where he continues his studies there, and he has been carrying out ethnographic fieldwork in Bishop Hill, Illinois since 2010 where he is focusing on the intersection between Swedish immigration / heritage tourism and the clean energy economy. 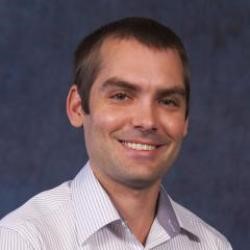 Dr. Chris Strunk is an Associate Professor of Geography at Augustana College in Rock Island, Illinois. His teaching and research interests include urban geography and planning, international migration and immigration policy, human rights, foodways and urban agriculture. His research explores transnational migration and immigrant and refugee organizations in the United States. He has conducted research in Bolivia, Washington D.C., and Minnesota, and is currently researching urban gardening practices and migrant incorporation in the Midwest.

Becoming American: A Documentary Film and Discussion Series on Our Immigration Experience is a project of City Lore in collaboration with the Immigration and Ethnic History Society and the International Coalition of the Sites of Conscience. The project has been made possible by a major grant from the National Endowment for the Humanities: Exploring the Human Endeavor.

If you have news, send it to sharenews@augustana.edu! We love hearing about the achievements of our alumni, students and faculty.