2019 graduates and their plans

Shelby Burroughs will be moving to the Bloomington-Normal area and getting a clinical doctorate in audiology at Illinois State University.

Ethan Conley-Keck will be moving to Boston to pursue art and activism and work with the World Peace Foundation at Tufts University. He plans to perform standup comedy, work with community activists, and do freelance journalism.

Autumn Loucks plans to take time for family and work experience in her hometown of Omaha, Neb., before making additional career plans.

Giselle Loucks will take a gap year before attending seminary. She plans to become a pastor in the Evangelical Lutheran Church of America.

Mina Magalhães plans to seek out positions in libraries, non-profit organizations, or other groups which help marginalized communities.

Allison Mikyska will be attending seminary at Lutheran School of Theology at Chicago for a master’s degree.

Eileen Ruppel and Ethan Doan are pursuing the “Word and Sacrament” ELCA candidacy track in the master of divinity program at United Lutheran Seminary in Philadelphia.

Daniel Skelton is at Garrett-Evangelical Theological Seminary in Evanston, Ill., working toward a master of divinity with hopes of becoming a college/campus minister.

Riley Ferguson is conducting an online master of divinity studies course with Luther Seminary in St. Paul, Minn., while living and working in Madison, Wis.

Hannah Griggs is working toward a master of arts in religion at Union Theological Seminary in New York City, pursuing the goal of becoming a religion scholar and professor.

Dr. Kahm will begin her work as assistant professor of theology at the College of Saint Mary in Omaha. Dr. Ozkan has accepted a renewable position as faculty teaching fellow of religious studies at Millsaps College in Jackson, Miss. Dr. Townzen plans to continue teaching and traveling from her family home base in California.

Dr. Dan Lee is going through the final round of revisions for his book on environmental ethics, under contract to a major publisher.

This spring, Dr. Lee and 29 students were off to Rome, where they spent 12 days. Their itinerary included a general audience with Pope Francis, the Vatican museums, St. Peter’s Basilica, the Pontifical Academy for Life, San Giovanni in Laterano (where the Scala Santa, which have recently been uncovered, are located), the Jewish Quarter and the Museo Hebraica, the Roman Forum and the Colosseum, Ostia Antica, and many other venues in Rome. This will be the eighth group of students Dr. Lee will have taken to Rome—a total of nearly 250 students.

Dr. Jason Mahn has been successful in obtaining a $50,000 grant to support vocational reflection at Augustana.

Dr. Nirmala S. Salgado’s article “On the Question of “Discipline” (Vinaya) and Nuns in Theravāda Buddhism” was published in the journal Religions as part of the Special Issue Women in Buddhism. (It also is available as a PDF.)

Dr. Salgado’s paper “Genealogies of Power and Gender: Inscribing Buddhist Monasticism Then and Now” was presented at the panel on Genealogies of Women and Power in Asia at the American Association for Asian Studies Conference in New Delhi, India in July 2018.

Dr. Stewart also contributed “Men and Masculinity in the New Testament,” to the Oxford Bibliographies in Biblical Studies, and served as an external Ph.D. dissertation examiner for the Biblical Studies Department of the University of Pretoria, South Africa.

Beginning in fall 2019, he will assume the post of director for Augustana’s Center for Faculty Enrichment.

Junior Sandra Morales is the 2018-2019 recipient of the Floyd and Louise Anderson Fund for Excellence in Religious Studies.

Established by Sharon L. Anderson Telleen ’68 (daughter), Barbara R. Anderson Lindquist ’71 (daughter), Katherine Telleen Steve (granddaughter), Paul Telleen (grandson), Anders Lindquist ’04 (grandson), Britt Lindquist Simonson (granddaughter), and in memory of Floyd and Louise Anderson, the award is given to a student in the junior year, selected by Religion Department faculty for recognition of excellence in religious studies (as measured and defined by the faculty).

Vu received an Excellence in Liberal Arts award for her work on a pocket dictionary entitled "Womanism as a Second Language" (with co-author and fellow student Thao Chu, forthcoming from Wifp and Stock).

Dr. Wolff’s Christian Ethics student Lucy Kebler presented her paper, “Beware the Cat in the Hat: How Children’s Literature is the Modern Form of Segregation.”

Ethan Conley-Keck: Laughter in the Dark: Appreciating Innocence Among Suffering

Finding meaning in a different kind of classroom

Dr. Jason Mahn writes about finding a sense of renewal where he didn't expect to, and just when he needed to. 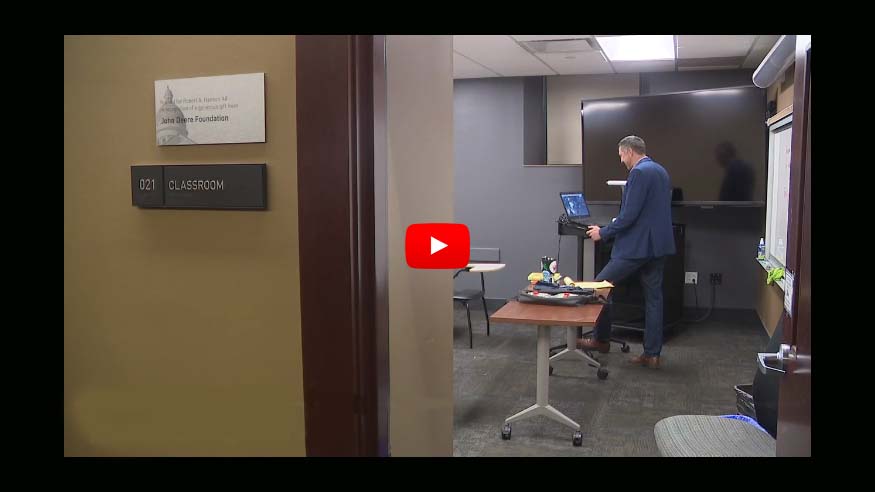 Dr. Jason Mahn conducts his Encountering Religion class in an empty Old Main as a way of anchoring his students. 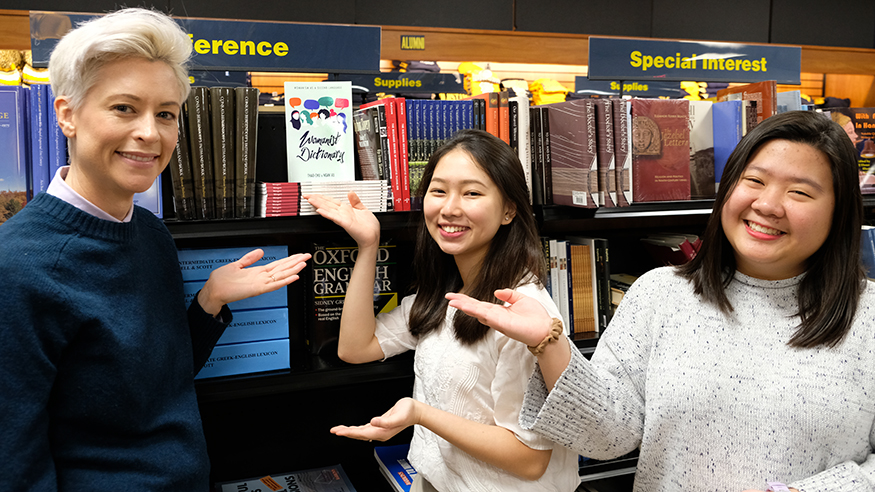 They wanted a Womanist dictionary. So they wrote it.

Two students from Vietnam saw how they could explain Womanism to a broader audience.

All students are invited to attend the 50th annual Joy of Christmas celebration in Andover, Ill.