A presidency well served since 2003

President Steve Bahls has announced that he will retire in 2022. In this special issue of Augustana College Magazine, trustees, former and current colleagues, alumni and others reflect on his leadership in four areas:

• Here are some of the highlights, year by year.

The Old Main dome turned gold New Year’s Eve in celebration, as the college surpassed its $125 million goal for the AUGUSTANA NOW campaign. The total raised during the 5 1/2-year campaign stands at $135,530,205.

“It took the hard work and shared vision of thousands of people to surpass that goal by millions of dollars,” said Kent Barnds, executive vice president for external relations and the leader for philanthropy at Augustana. 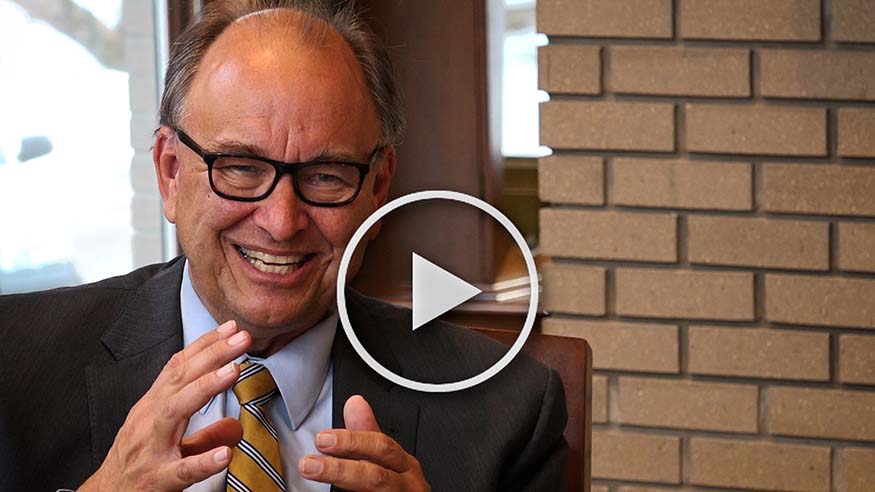 Despite revenue losses since the pandemic closed campus in March, the college has added three varsity sports and a major, and launched a master’s program in speech-language pathology. 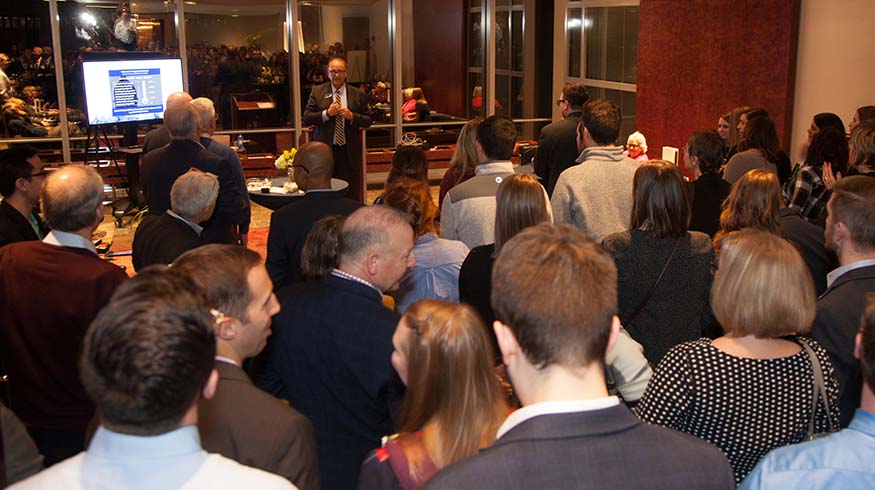 As president, Steve Bahls crisscrossed the country to meet with alumni and friends of the college, successfully completing two ambitious fundraising campaigns. 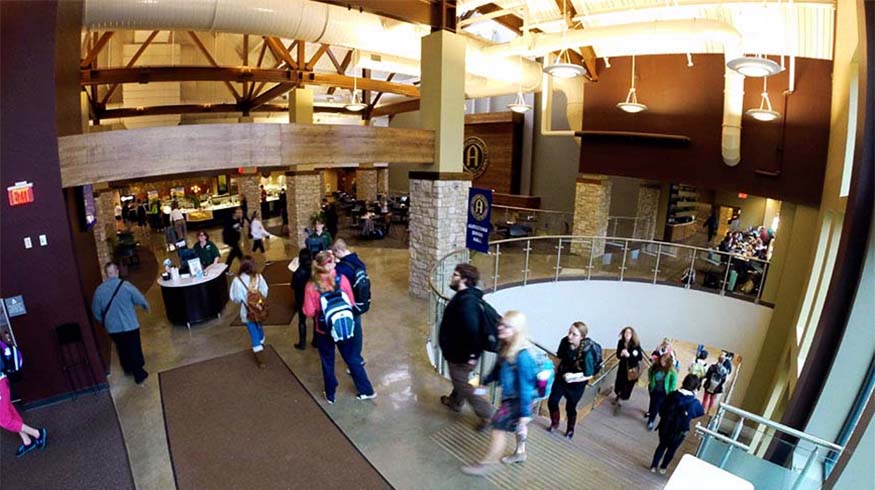 Building on a team approach

Reflecting recommendations from the campus community, the investment of nearly $115 million in new and improved facilities is about more than bigger spaces. 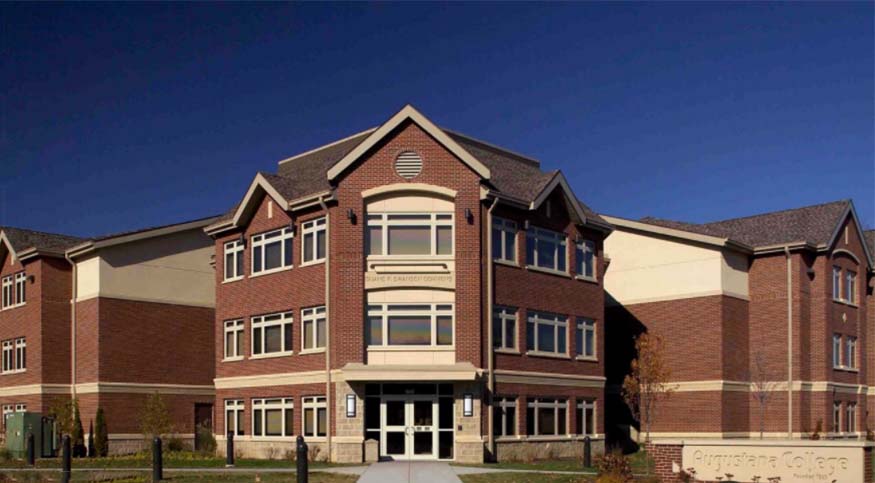 Modernizing with respect for history, beauty

Campus has been transformed and modernized more in the past 20 years than probably any other time in Augustana history, without losing its history, beauty and charm. 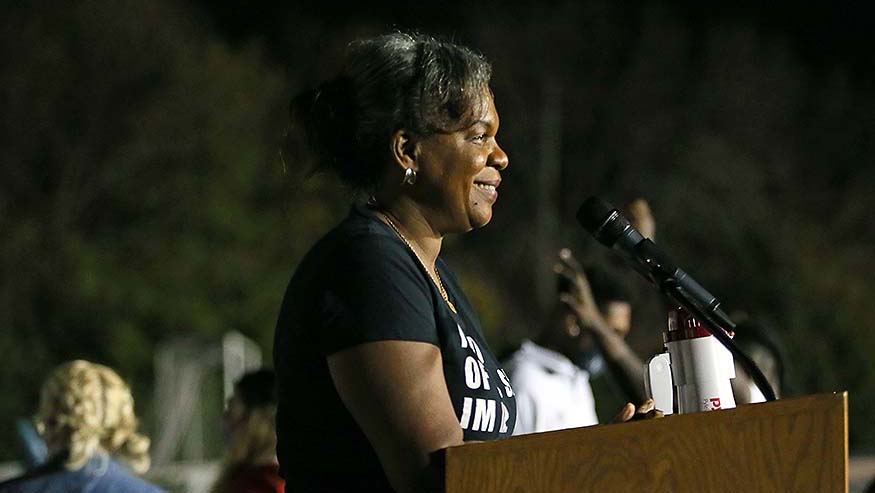 "In the nearly two decades that I’ve been in the diversity, equity and inclusion space, Augustana is the healthiest place I have worked." — Dr. Monica M. Smith 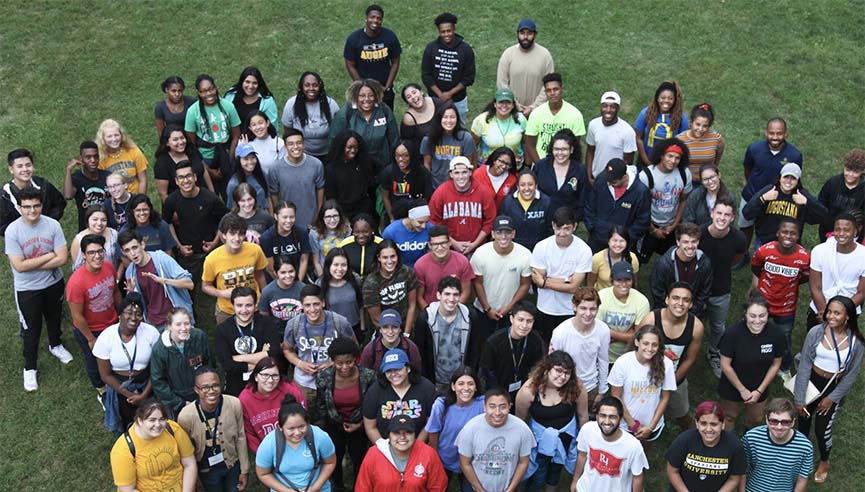 Creating a place where all feel welcome

President Bahls’ greatest impact on diversity, equity and inclusion has been “his intentional engagement with diverse students and willingness to acknowledge that an opportunity exists." — Collis Jones '88 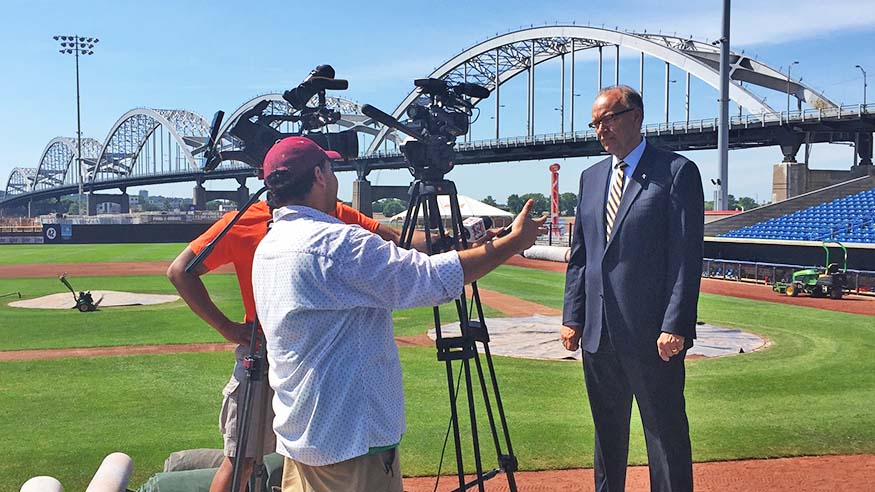 A trusted leader to turn to

Augustana’s new president showed that serving the Quad-City community as well as the college was important to him — though no one is sure how he found the time. 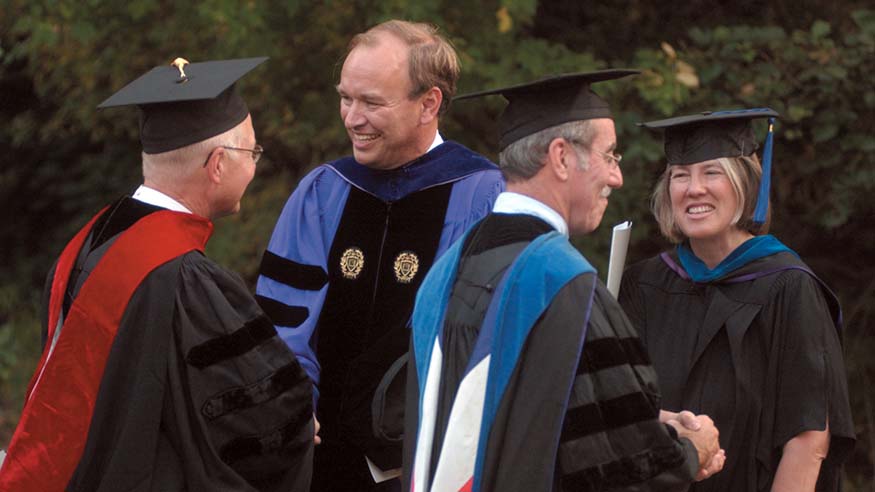 Shaping the lives of others

"From the moment he set foot on campus, Steve has always insisted on excellence as the goal, for himself and for Augustana." — Dr. Jeff Abernathy 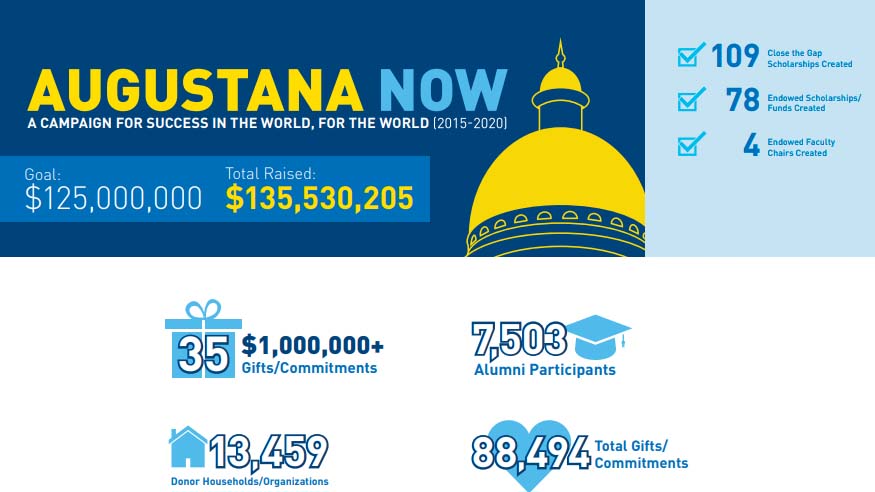 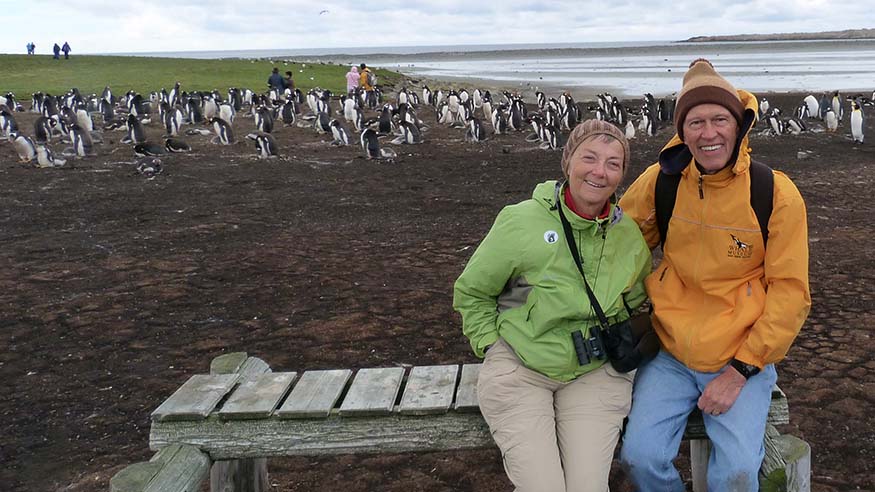 Donor journeys: A pair of traveling educators, an alumna who remembers what it's like to need support, and a daughter who honors her parents’ commitment to faith and music.